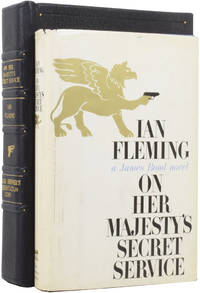 As another tumultuous year ends, it comes as no surprise that books and ephemera related to world history, politics, and social movements were all the rage. Alexis De Tocqueville's Democracy in America stands out as a desired work with multiple collectible copies sold.

Readers found books and manuscripts dedicated to various political movements, and collectors sought after letters written by those who lived during major social revolutions and who stood on the front lines against various forms of hate and fascism. Likewise, it was a big year for American history, with history buffs and academics purchasing books on topics including the Trans-Atlantic slave trade, abolitionist movements, and the Civil Rights Movement. Feminist works by Betty Friedan, Sylvia Plath, Mary Wollstonecraft, and Joan Didion also topped the list.

First-hand accounts of travel and witnesses of historical events increased in popularity this year. We've seen diaries penned by American Confederate soldiers, handwritten accounts of travelers across the globe, and fascinating logbooks from Atlantic voyages. One of the more unique items that sold this year was a brass box of matches from the 1907 Antarctic expedition of Ernest J. Shackleton.

With so many readers still unable to enjoy the dine-out experience, cookbooks and chef memoirs continue to inspire home-based foodies, with Julia Child and Anthony Bourdain still topping the list. Nostalgic children's books such as Winnie the Pooh, The Little Prince, and other classic kids tales remained popular, feel-good books that soothe the soul.

Of course, perhaps the most surprising moment of the year was the brief (but quite intense) surge of Dr. Seuss’s books sold in March after Seuss Enterprises announced that six titles would no longer be reprinted due to harmful stereotypes.

To Kill a Mockingbird by Harper Lee - $27,000
First edition of Lee's Pulitzer Prize-winning novel which had an initial first printing of 5,000 copies.

The Christmas Books by Charles Dickens - $22,000
A Christmas Carol, The Chimes, The Cricket On The Hearth, The Battle Of Life, and The Haunted Man beautifully bound by Root & Son ca. 1920

The Celebrated Jumping Frog Of Calaveras County, And Other Sketches by Mark Twain - $20,000
1867 First Edition

Biblio offers over 100 million used, rare and out-of-print books by working with the finest booksellers in the world.