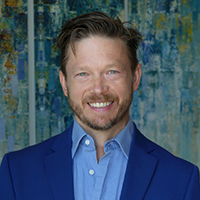 Biblio's founder, Brendan has a life-long passion and appreciation for books. A former bookstore owner, he has been involved in the transformation of the book industry from the earliest days of the internet to the present. Brendan has a B.A. in economics from University of North Carolina at Asheville and is a graduate student at Georgia Institute of Technology. In his spare time, he enjoys running, soccer, hiking, playing piano, gardening, and traveling extensively.

Brendan's current & recent reading list includes Death's End by Cixin Liu, The Food Explorer by Daniel Stone, To Shake the Sleeping Self by Jedediah Jenkins, and The Outsiders by S.E. Hinton.

His "shadow" title, Quixotist, comes from Miguel Cervantes' Don Quixote, and reflects his conviction that the pursuit of the ideal is worthwhile, whatever its seemingly pragmatic value in the present. 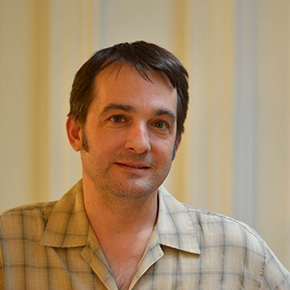 Allen is an ex-academic with abiding interests in the world of books, computers and Daoism. He has a PhD in comparative philosophy of religions from the University of Chicago. He left academics fifteen years ago and decided to pursue a career in IT. He has extensive experience both as an IT administrator and as a manager. At Biblio, he has found the ideal opportunity to marry his interests and help nurture a dynamic and rapidly growing business. 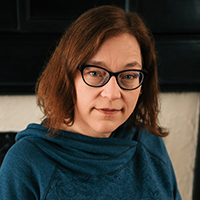 Frieda lives in Western North Carolina and has worked at Biblio for over a decade. She likes to travel and tries to understand physics.

Frieda's current reading interests include The Righteous Mind: Why Good People Are Divided by Politics and Religion by Jonathan Haidt, The Better Angels of Our Nature: Why Violence Has Declined by Steven Pinker, Nine Stories by J.D Salinger, and I, Robot by Isaac Asimov. 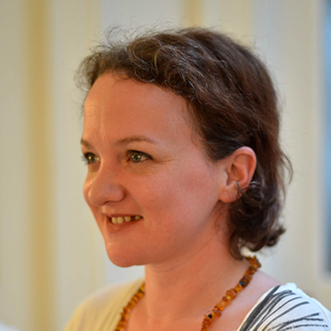 Amber Shehan comes to Biblio with a long work history of customer service and a lifelong love of books.

Amber enjoys delving into languages, folklore and cultural studies - in particular, the history and mythology of ancient Ireland. Wallowing in poetry has always been one of her great passions (Neruda, Rumi, Whitman) and her favorite authors include Neil Gaiman, Terry Pratchett, Alice Walker, and Barbara Kingsolver. 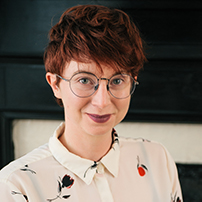 Ashleigh grew up with a love of books and was deeply impacted by the works of Madeline L’Engle and Kurt Vonnegut. She got her BA in Political Science from the University of North Carolina at Asheville and then her LLM in International Human Rights and Humanitarian Law from Essex University in the UK.

Ashleigh enjoys writing and exercising, and she spends way too much time on Twitter. She is completely obsessed with her dog, but her dog is awesome, so that makes sense. 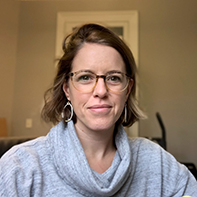 Amy Manikowski has always worked with books. In high school she worked at her local library, and in college majored in English, then received an MFA in writing. She managed University Bookstores in various cities before joining Biblio. She also writes for various local publications, and has a non-fiction book about the history of Asheville: Historic Inns of Asheville, published by Arcadia.

She can't stop finding new books to read and changing her favorites, but on her nightstand right now are The Last Castle by Denise Kiernan, Bearing the Cross by David J, Garrow, and A Wrinkle in Time by Madeline L'Engle. 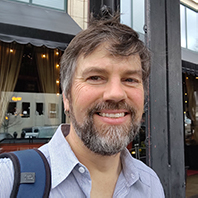 Charlie joined Biblio in 2019 but has been a Biblio shopper for years, drawn by Biblio's commitment to the greater good and their reliability as a source for cheap paperbacks.

He is currently reading The Underground Railroad by Colson Whitehead, and listening to The Portrait of the Artist as a Young Man when he walks to work (thank you Librivox.org!). His favorite books are the Master and Commander series by Patrick O'Brian, which made him consider a late career change. Sadly, the Royal Navy wouldn't take him, despite his proficiency with knots.

He started his career at a craft book publisher and as a freelancer shepherded several local authors' work to publication. His career shifted from print design to digital, and then into coding, and he came to Biblio with 23 years of website design and development skills.

When not working, Charlie is a family man and likes to spend time with his wife and two daughters, cooking, working on their old house or riding his bike. 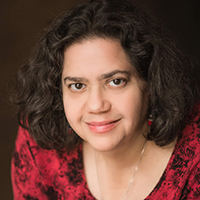 Julie has always had a love of books. Her mother was a children's librarian so she grew up loving children's books and YA fiction. She has an elementary teaching credential and used to love getting great books into the hands of her students. She worked in the children's section of Bookshop Santa Cruz before moving to Asheville. She still loves YA as well as historical fiction. 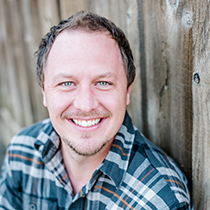 Adam graduated with a BS in Information Technology from Brigham Young University - Hawaii. When he’s not working with computers, he enjoys the country life of gardening, kayaking, hiking, and working on the occasional DIY home project.

After reading Find Your Why by Simon Sinek, Adam was inspired to take his family on an 8 month tour visiting over twenty US National Parks with hopes to see them all one day. The trip led them to the Great Smoky Mountains where he found Biblio. The company and their story align with his own values towards social responsibility and the environment.

Adam’s bookshelf picks include anything by C.S. Lewis, The Inheritance Cycle by Christopher Paolini, Ready Player One by Ernest Cline, and The Anatomy of Peace by Arbinger Institute. 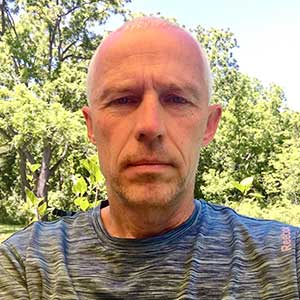 Steffen grew up in a small German village, only 30 miles west of the Iron Curtain. He wrote his first computer program in his early teens on an ancient CBM-8032, and later decided, after studying Geography for a couple of years, that developing software would have to be what pays the bills. He got a Computer Science / Business degree from a vocational school in Germany, moved across the Atlantic a few times, and eventually settled down in the Northeastern US.

In his spare time, Steffen writes and produces music, does some landscape photography, creates board games, and enjoys traveling, gardening, beekeeping and playing volleyball.

As for books, he prefers science fiction, with Ray Bradbury being a favorite author, and he is currently reading the Long Earth series by Terry Pratchett and Stephen Baxter.

Steffen lives in the Finger Lakes region of Upstate New York with his wife and (at last count) four cats. 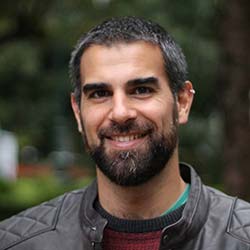 Born and raised in a small town in the Spanish border with Portugal, Pedro graduated in Spanish Language and Literature and studied for a Masters in Big Data & Business Analytics. He has moved multiple times to live in Brazil, Portugal, Germany and Spain.

Following his passion for books and technology, he found that Biblio aligned with his core values and is determined to help share it with audiences overseas.

In his spare time, he enjoys playing guitar and piano, playing handball or going surfing. On his bedside table there is a worn and well marked copy of The Book of Disquiet. Lately his friends have been suffering insisting recommendations to read non-fiction titles like The Righteous Mind: Why Good People are Divided by Politics and Religion, BluePrint: How DNA Makes Us Who We Are or amazing Abhijit Banerjee & Esther Duflo's Good Economics for Hard Times: Better Answers to Our Biggest Problems. 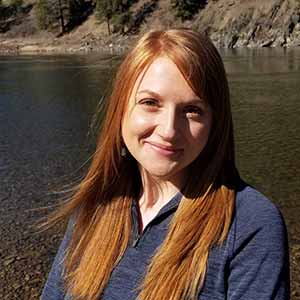 Stephanie has a degree in Commercial Art. She lives in Montana but was born and raised in Missouri. She loves learning anything creative that her hands can get on. She enjoys exploring the outdoors, getting lost on country roads, spending time with her husband and their fur babies. She likes reading health & wellness books and murder mysteries (particularly cozy murder mysteries to get through the Montana winters).

She is currently reading 4 Weeks to Maximum Immunity: Disease-Proof Your Body by Kim Galeaz, Prevention Magazine Editors; A Stranger Is Watching by Mary Higgins Clark, and By Hook or by Crook (A Crochet Mystery) by Betty Hechtman. Her favorite authors are C.S. Lewis, Priscilla Shirer, and J.R.R. Tolkien. 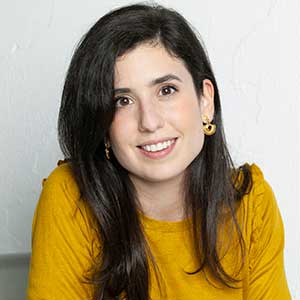 Saila graduated in Journalism and she has been working as an editor and cultural journalist for several years. Although she lives now in Madrid, she was born and raised in Spain’s northwestern region of Asturias, an important coal-mining area during the past decades.

An avid reader since she was a child, she is responsible for spreading Biblio’s enthusiasm for books through social media to Spanish-speaking booklovers.

On her bedside table there are several books written by Lucia Berlin, Carmen Martín Gaite and Svetlana Alexievich. She loves autofiction, and she was recently impressed by Doris Lessing’s The Fifth Child and Owen Jones’ essay Chavs: The Demonization of the Working Class.