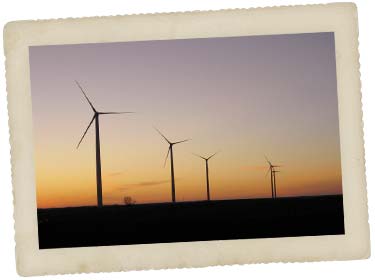 Biblio is the first and only "green" book marketplace providing free carbon neutral shipping with every book purchase.

Biblio.com is committed to preserving our natural resources and environment and helping to reduce the adverse factors that contribute to pollution and global warming. To that end, we are very proud to offer ecosend, becoming the first ever (and currently, the only) major book marketplace to offset the emissions on the shipment of every book purchased through our site — at no additional cost to our customers.

Used books are the "green" way to read

Used books are a natural form of conservation in terms of re-using and recycling, and buying used instead of new wherever possible is a great way that "green-conscious" consumers can reduce their environmental impact. With our carbon neutral shipping, we go above and beyond, creating the perfect resource for book-buyers who care about protecting our natural resources and heritage.

What do we mean when we say we "offset" every book shipment on Biblio.com?

Every month, Biblio.com provides NativeEnergy with reports on:

NativeEnergy calculates our total carbon footprint based on those figures, and Biblio.com, purchases investments in an equivalent amount of alternative energy projects. We purchase all of these offsets as part of our own business expenses, so there is no cost to either our customers or booksellers for offering the most environmentally-friendly choice for customers when purchasing their books online.

What kind of renewable energy projects does this support?

Here are some carbon-offset programs that have been supported by Biblio.com through our carbon neutral shipping:

Why did we choose to partner with NativeEnergy?

While there are many excellent companies now in existence whose business is carbon-offsetting, NativeEnergy is just the type of grassroots, community-focused organization with whom we want to be affiliated. NativeEnergy helps build projects that not only provide viable alternative energy, but also create sustainable economic benefits for Native Americans and Alaska Native Villages, and help family farmers compete with agribusiness.

The goals of NativeEnergy are synergistic with Biblio.com's philosophy and business model. provides a global marketplace for independent booksellers in a way that allows them to compete with large corporations such as Amazon.com and Barnes & Noble, while maintaining their independence and local identity. We also founded and continue to support Biblioworks, an independent non-profit company that helps support literacy and has built seven community libraries in rural Bolivia. This commitment to local, sustainable projects designed to benefit communities is clearly something that NativeEnergy and Biblio.com share. 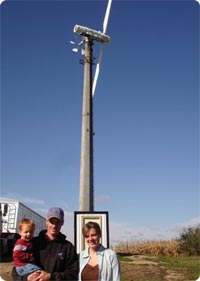 What's Global Warming? Global warming refers the increase in the average temperature of the Earth's near-surface air and oceans and its projected continuation. The global average air temperature near the Earth's surface rose 0.74 ± 0.18°C (1.33 ± 0.32°F) over the past 100 years. The Intergovernmental Panel on Climate Change (IPCC) concludes, "most of the observed increase in globally averaged temperatures since the mid-20th century is very likely due to the observed increase in anthropogenic greenhouse gas concentrations" via the greenhouse effect, "anthropogenic" meaning caused by human activity.

What's Carbon Offsetting? When you purchase carbon offsets, you help fund projects that prevent one ton of greenhouse gases from being emitted for each ton that you have caused. Carbon offset providers sell the greenhouse gas reductions associated with projects like wind farms or methane-capture facilities to customers who want to offset the emissions they caused by flying, driving, or using electricity. (Though they're called "carbon" offsets, they offset all greenhouse gases that cause global warming, from carbon dioxide to methane.)

Here's what you can do? Carbon offsetting is one of many economic actions you can take to address climate change, and it is a powerful one. Many promising projects that would help to reduce greenhouse gas emissions lack the capital they need to get built; by directing your offset dollars to these projects, you can help finance new wind farms, solar arrays, and more. Find out more...